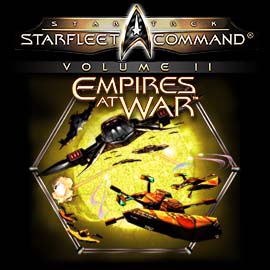 The latest update of the XenoCorp Sounds & Textures Pack, this release includes compatibility with the Standalone Expansion SFC Orion Pirates, with a majority of the same sounds from V2.1 included in V3.0 for SFC Empires at War.

There are many new sounds as well, all canon, including the following :

Almost all the weapons sound are completely different, and canon. Not something created out of thin air, but high quality stereo samples edited to work perfectly.

Several revised sounds for various events and stuff - from the authentic Klingon Cloaking sound which replaces the now working cloak, to transport effects and tractor effects.

Several ambients are included in the ambients pack - offered separetly or in the Mega Download. From the Classic Klingon March from ST TMP, to the Theme from ST The Undiscovered Country, these ambients
replace the "ship sounds" and play consistantly throughout the game.

Here are a few of the new taunts, which include actual versions of taunts in the races language !

The ORIGINAL GORN from TOS " Save us time, surrender now, your death will be quick".

Q from TNG "Blasphemy! Your lucky I don't cast you out or smite you or something !"

"Resistance is futile. Death is irrelevant. You will be assimilated."