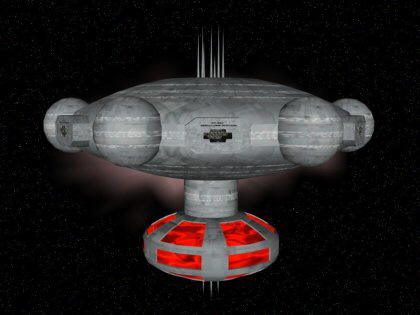 XenoCorp Inc. is the premier leader in advanced conceptual research and technology in the Alpha Quadrant and beyond. Incorporating researchers from almost every race in the known galaxy, XenoCorp's research centers are more advanced than the Federation, Klingon, and ISC's combined. Recently gone public, XenoCorp now offers it's services to all individuals, groups, corporations and governments for a comparative and competitive price.

These services include, but are not limited to, the following :

Originally founded by Frey R.M. Petermeier in the late 22nd century, XenoCorp was a group of individuals dissatisfied with the current Galactic Superpowers, and their political agendas that didn't serve the Alpha Quadrants best interests.  These individuals consisted of beings from many different races in the Alpha Quadrant, Space Navies Officers to Governmental Research Scientists to Colonial Marines, they all came to XC for one reason - to further the ideals of Galactic peace through the sharing of information.

Mr. Petermeier himself was an Admiral in Starfleet who had been dishonorably discharged when he made a command decision to violate the Prime Directive.  He risked his life and that of his crew in stopping an expeditionary Borg scout force from assimilating a frontier planet in the Beta Quadrant.

This entire confrontation was buried by the Federation Council and was never officially recorded as the first encounter with the Borg.  The reports submitted by Admiral Frey were received with almost laughable retorts and disbelief.  Knowing the inevitable repercussions of these actions, Admiral Frey made a decision.  It was time to form an organization that would do two things:

1. Provided advanced conceptual research on matters that could impact the Galactic welfare.

2. Provide an information exchange service that was actually a way to store and amass a centralized repository of information on all the races in the Galaxy to preserve the heritage and knowledge learned by each race.

Frey resigned his commission from Starfleet Command, petitioned for Generic Galactic Citizenship, and then contacted his old Academy mate StoneyFace whom rumors had it had some contacts in the Special Ops fields. 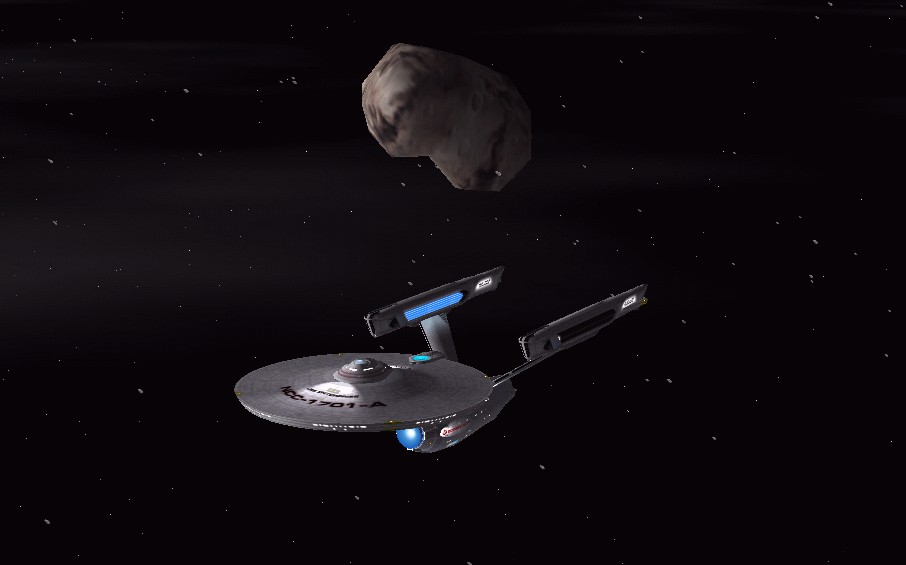 XenoCorp was at first a secret and covert operations group functioning outside the charters of any Galactic Government.

XC HQ Alpha, built in an asteroid belt that had a large amount of cotholytic ore, was the staging grounds of Frey's recruiting drive. Virtually hidden from deepspace scanners, the asteroid base soon grew into a large installation, with a Starbase and StarDocks coming not long after.

Officers from all walks of the different Empire's Navies flocked to XenoCorp, and this lead to the unique creation of Empire driven squadrons from within the fleet structure of XenoCorp itself.

This, of course, did not endear him or his organization to any of these Superpowers and initially any business relations were met with open disdain and hostility.  This was the case until an incident would forever change the perception of XC - the DIANNA encounter.

En-route on a mission of mercy, the Federation Emergency Medical Response ship USS DIANNA was ambushed by Orion Pirates in an attempt to steal the medical supplies and technology needed to relieve a virulent outbreak of Insolcian Fever on Gramerian IV.

Unbeknownst to the Federation, escorting the Dianna was Admiral Frey aboard his cloaked flagship the USS ODIN ( a Mark II modified Fed CA +), with the intent of providing backup should the Federation starship be unable to complete its mission and the heritage / history of the Gramerians be lost forever.

Severely damaged, the DIANNA desperately sent an emergency distress call.  The USS ODIN responded, de-cloaked and engaged a fleet of 5 Orions, two of which were a Battleship class.  Surprise, experience and some say luck were with the Admiral as he dispatched two of the ships almost immediately.

Admiral Frey ultimately sacrificed himself and the ODIN by constantly placing ODIN within the firing solutions of the Orion raiders to buy time necessary for the DIANNA to repair her warp drive and flee to the safety of Gramerian space.

Furious, the remaining Orions turned the full extent of their weapons on the ODIN.  Admiral Frey had secretly beamed the crew aboard the DIANNA and had the ODIN on full automation with only himself and his First Officer, GC, remaining on board.

The ODIN was no match for the remaining 2 Battlecruisers and support vessels.  The Orions soon breached the hull and beamed a full contingency of raiders aboard to gather as much technology as possible and capture the men directly responsible for the loss of their prize.

Admiral Frey and Rear Admiral GC had anticipated the boarding action and were quickly making preparations to greet their "guests" with a warm welcome.  Routing every bit of data from their computer core into a subspace "dump" to XC HQ Alpha to preserve the fully detailed scans of the Orion vessels, Frey and GC initiated the self destruct on the ODIN for a 30 second countdown.

Leaving the bridge they quickly headed for the Captain's Yacht hoping to time the launch precisely 5 seconds before detonation of the ODIN.  Unfortunately the yacht had been damaged in the battle and one of the airlocks refused to seal properly.  Having only one spacesuit Frey insisted GC take it and pilot the yacht out of range of the Battlecruisers.

The Captain's Yacht, under the command of GC, sailed away from the battered hull of the wreaked ODIN just seconds before she erupted into a fiery blaze of glory.  The explosion caught the Orions by surprise and incinerated the invading marines while successfully blinding the sensors of the approaching warships allowing the damaged yacht to flee the sector without pursuit.

As the atmosphere leaked out of the yacht, GC took the now unconscious Frey and placed him into stasis.  Grabbing a hypo-spray he injected the Admiral with Dialozine and a tri-cortazine compound to try and sustain his life.  Slipping a portable oxygen mask over Frey's head, GC wrapped him in as many blankets as he could find.  Despite his best efforts, the extended exposure to the dwindling environmental pressure and extreme cold temperature nearly ended the Admiral's life.

Rendezvousing with the DIANNA, GC insisted that the medical ship perform an emergency augmentation procedure.  Taken to Starbase Medical Center 210, the damaged organs and bones were replaced with cybernetic equivalents.  Frey recovered and awakened to find himself no longer totally human nor totally machine... but a combination of both.

When word of the heroic sacrifice Frey and GC had performed, and the fact that over 280 lives were saved on the Dianna as well as the Gramerian culture and peoples, the United Federation of Planets sanctioned XenoCorps operations, and recognized XenoCorp as a valid organization.

Not wanting to loose the technological race, almost all of the major superpowers of the Galaxy soon followed suite.

Frey spent the next year advancing and augmenting the enhancements from various sources.  Now a cyborg, Frey was determined to continue his mission. Through his leadership XenoCorp's influence gradually spread throughout the known galaxy.

After realizing that some life forms - like the Borg, Cardassians, and other species - who's intent was nothing less than complete galactic domination - needed a balancing force , Admiral Frey began again secretly recruiting his command staff and expanding his base of operations.

Dedicated to preserving not only freedom, but the legacy of all races and species in the Alpha quadrant and beyond, XenoCorp Inc. labored behind the scenes for many years, until recent events prompted him to bring XenoCorp to the forefront of the Galactic awareness. Now, XenoCorp fights for the very survival of the Alpha Quadrant races from the newly commissioned USS ODIN, a Avenger class Battleship.

And the Legacy Continues.....